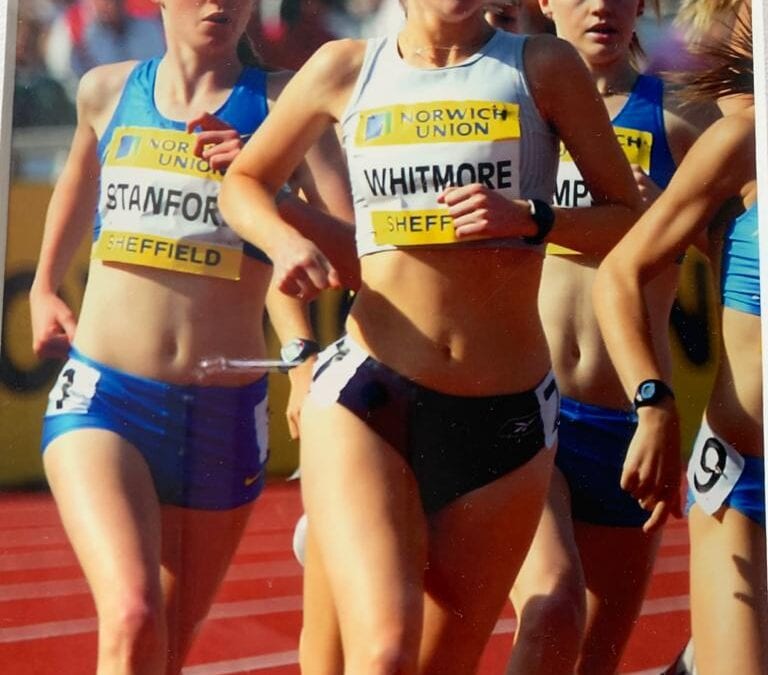 I was just eight years old when I ran my first Leicestershire school’s cross country race. My class teacher at the time was also my PE teacher, and, along with my Dad, they encouraged me to give cross-country a go.

When I stood on the start line at my first ever race alongside all these other runners, I burst into tears. For some reason, I didn’t want to start, and I returned home without running that day. A few weeks later we tried again, and I’m please to say I finished the route proudly in 35th place.

Race 3 and 4 came and went quickly, and I improved every time I ran. By the time I was ten, I’d won my first Leicestershire cross-country and I think that was when I got really hooked. 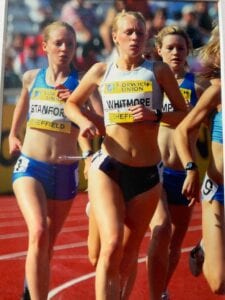 I’ve enjoyed running ever since and have slowly worked my way up through the distances, but it wasn’t until 2011 that I ran my 5000m PB of 15:50 and my 10k road PB of 33:11. Unfortunately, shortly after, I started to be troubled by Achilles’ tendon injuries, and, with that, getting married in 2011, and the arrival of our first daughter in 2013, I decided it was time for a break. I only got back into running more seriously after our second daughter was born in 2015.

My running career quickly got back on track, and I won the Leicestershire Road Running League in 2017, however, it was short lived with our 3rd child on the way. In 2018, I was determined to get back to some ‘proper’ running, confident that three sets of small feet around the house was plenty enough!

I wasn’t particularly interested in returning to the track – this was my second shot and I needed a new challenge; a bigger challenge. I’d always wanted to do the London Marathon, having watched both my Dad run it in 1996 and my husband run it most years, so 2018 was about getting fit and trying to achieve the Women’s Championship qualifying time. I’d never even ran a half marathon, so that was my first target! 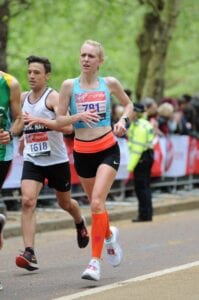 I entered the Leicester Half as I’d been to spectate in previous years so knew it was a great event, it’s also my local half marathon. I was quite confident I could get the qualifying time for London, but it had been so long since I’d properly raced that I didn’t really know how it would go. I surprised myself and won the ladies race with a time of 81:41. The Leicester Half was a great day, great atmosphere, good support, particularly running up New Walk and into Victoria Park.

My brother came 2nd in the men’s race too so it was a great family day out. Despite having some serious injuries since, I love my running and simply can’t imagine a life without it. I hope to return to the Leicester Half marathon again this year, and who knows, maybe grab another top spot.

This year’s Leicester Marathon and Half-Marathon will be taking place on Sunday 11th October. If you’ve been inspired by Hannah’s story and would like to sign up to the event, entries are now open on the Run Leicester Website.