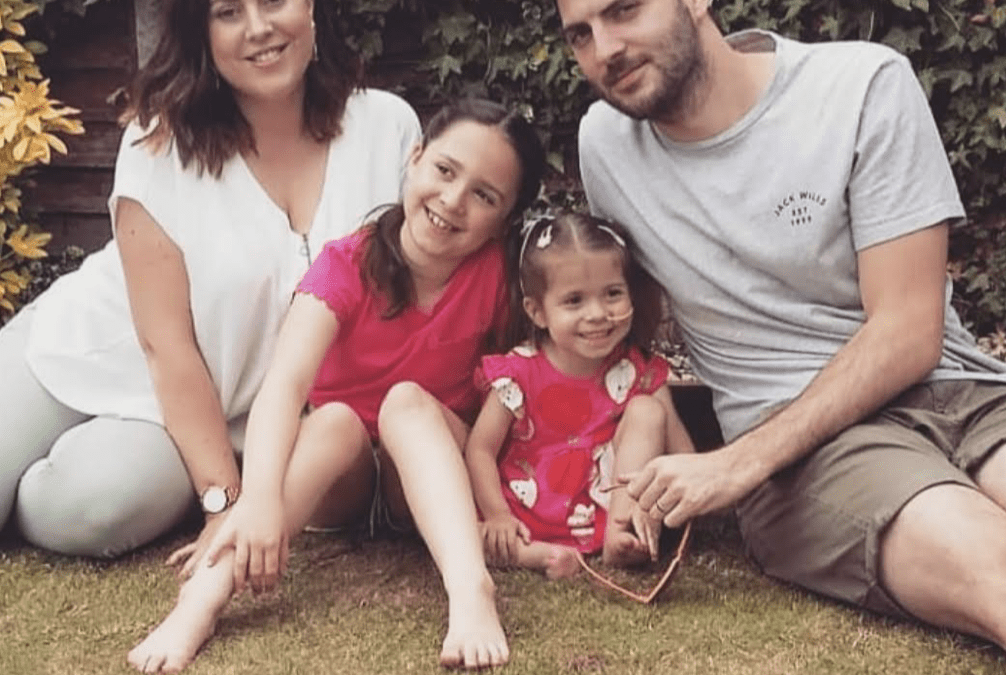 “I’ve got all of my organs and both my feet, so I want to use them. I want to feel the burn, feel the pain. 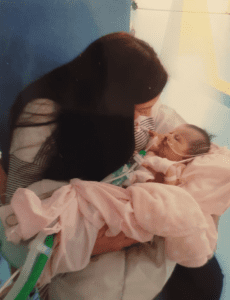 Jodie Kirchin is running this year’s Leicester Half Marathon for Heart Link Children’s Charity, a support group for parents and families of children suffering with a heart defect, based at Leicester’s Glenfield Hospital.

In 2016, mother-of-two Jodie, found herself living every new mum’s nightmare: her five-day-old daughter, Georgia, was in hospital fighting for her life. Although Georgia was born two weeks late, she seemed healthy and happy, and understandably, Jodie and husband, Adam thought they had nothing to worry about. Alongside their other daughter, Millie, she was the last piece of the puzzle to complete their perfect family.

But just days after she was born, Jodie noticed that Georgia’s breathing had become heavy and she was panting. Despite being told on numerous occasions everything was OK, her mother’s instinct kicked in and she called the emergency midwife. Soon, she was on her way to Peterborough Hospital.

“I remember, I had Georgia in my arms and I was just thinking, this can’t be anything serious. Nothing bad is going
to happen to me, we’re just a normal family,” remembers Jodie. “Looking back, I was so ignorant to the possibilities.” 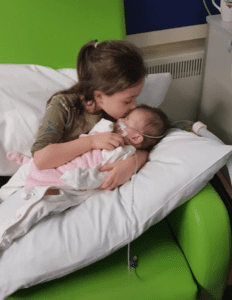 Following tests, Jodie was taken to a quiet room and given the incomprehensible news that Georgia’s body was shutting down and there was a high chance that she might not survive.

“I was shaking and screaming,” recalls Jodie, who says she couldn’t understand why it was happening. “I was adamant she had to make it.”

Georgia was in desperate need of life-saving drugs, but unable to find a vein, the doctors had to drill into a bone in her tiny little leg and give her body the drugs this way.

When it felt like things couldn’t get any worse, the procedure went wrong, and Georgia had to have half of her foot amputated.

Now in critical condition, the family were told that Georgia couldn’t stay at Peterborough Hospital as they didn’t have a children’s intensive care unit.

“It was horrendous watching the doctors and nurses juggle trying to save Georgia’s life, while trying to ring round
to find her a bed,” said Jodie. 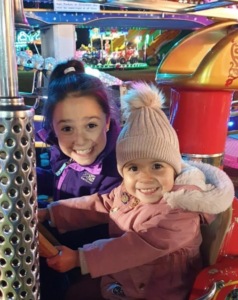 “I was sitting in the relative’s room and every time the door went, I thought they were going to tell me Georgia was dead.

Eventually, Georgia was transferred to Glenfield Hospital in an incubator provided by Heartlink, where Jodie was told she would need open heart surgery.

The next few days were critical and Jodie was worried she wouldn’t be able to stay with her little girl during what could’ve been the last days of her life.

But Heartlink provided an onsite room for Jodie to stay in, enabling her to shower and sleep while being just steps away from her poorly daughter.

Over the next few weeks, Georgia’s health started to improve and two weeks later, she had the surgery.

While Georgia is still monitored regularly and will need more surgery in the future, for now, she is able to enjoy
life as a toddler. 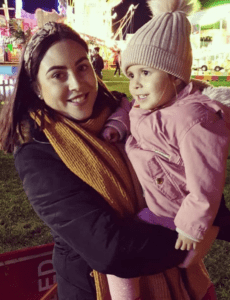 In total, Jodie stayed in the Heart Link family room for around three months. She was able to be there for Georgia whenever she was needed and also access other facilities that Heartlink offer, such as a breast pump and a play area for daughter, Millie.

The support the family were given by Heart Link is what inspired Jodie to run this year’s Leicester Half Marathon.  “We really do owe everything to Glenfield Hospital and the Heart Link Children’s Charity. They really did do so much for us, they will always have a place in our hearts.” she added.

If Jodie’s story has inspired you to take part in this year’s Leicester Marathon or Half Marathon,
then click here to sign up to run today. 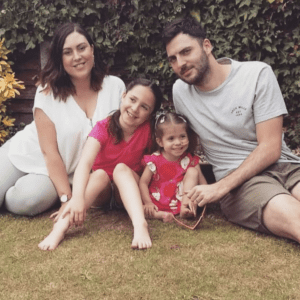