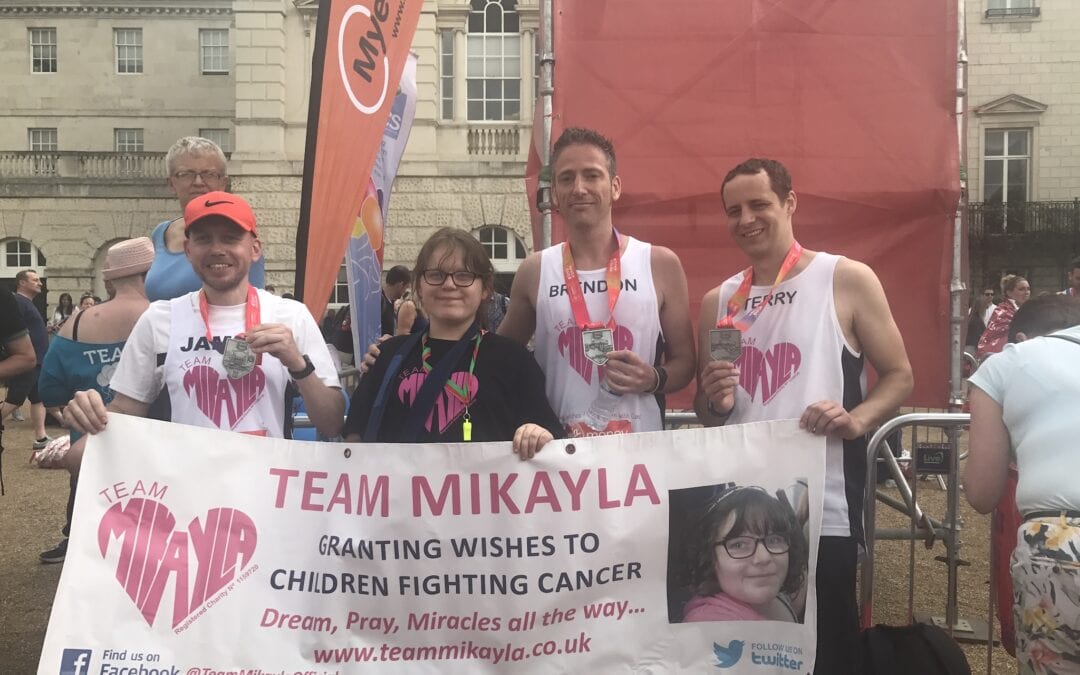 This October, ‘Uncle Brendon,’ will be running the Leicester marathon in honour of someone very special – his brave and courageous 13-year-old niece Mikayla, who is battling a terminal brain tumour.

“Mikayla is amazing. It’s easy to forget sometimes that she is still only a child. Knowing she is behind us all, pushing us forward, keeps us going,” says Brendon.

Mikayla was diagnosed with a terminal brain tumour at just four years of age. At the time, her parents were told that she would be lucky to be alive in six years’ time. Nearly a decade on, Mikayla is still fighting, dedicating her life to helping other children and families in a similar situation to hers. 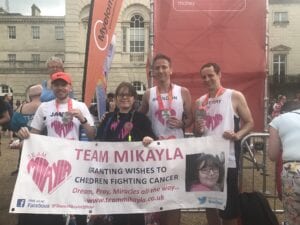 Set up in 2014, her charity, ‘Team Mikayla’ grants wishes to children who have been diagnosed with cancer or leukaemia, and receive treatment at Leicester Royal Infirmary or JR Hospital, in Oxford.

To raise further funds, this year, Mikayla gave her uncle a huge challenge: to a complete a total of 1,000 miles in 12 months. The Leicester marathon will contribute 26.2 miles towards his total.

“There are two driving forces behind why I’m running the Marathon, one being Mikayla and the other being the other children and families we are helping,” said Brendon.

“Mikayla is like a child to me, and we grow so close to the families that we are helping, that their children basically become our children too.”

In 2017, Mikayla and her family were given the devastating news that the tumour had grown in size. Their only choice was to have an operation, which could have left her with memory less, so the family decided to decline the treatment in hope of less invasive options on the horizon.

“A year-and-a-half later, and the tumour had miraculously reduced in size and she has been fighting ever since,” added Brendon.

“I honestly believe that Mikayla having the charity to focus on has helped her fight the tumour. I’m so proud of her.”

With Mikayla receiving care, treatment and support from her local hospital in Oxford, and Brendon living just outside of Leicestershire in Corby, it seemed sensible for the charity to support local sick children in both locations.

“When we grant wishes, we like to think we are granting a smile,” said Brendon.

“To see the pictures of the families we have helped, it’s priceless. It’s so much more than just a wish!”

The charity also raises money to buy gifts and games for poorly children at both hospitals, to help entertain them during their time there.

“When Mikayla was first being treated, she spent so much time on the ward that it quickly became tedious,” Brendon explained, “So she asked her Mum and Dad to bring some games and activities in.”

“Since then, she’s continued to try and raise money to help more children who might be bored on the ward and need a distraction during treatment.” 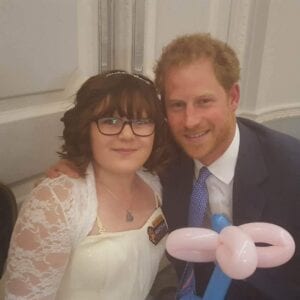 Brendon says that Mikayla, who was lucky enough to meet Prince Harry twice – once as a winner of a national award for inspirational children, and again while she was being cared for at Oxford’s JR Hospital – is the ‘big cheese’ at the charity.

“All of our ideas go through her and then she directs us. ‘Inspiring’ is the perfect word to describe Mikayla.”

With charities suffering financially because of the global coronavirus pandemic, Mikayla decided to get creative and has taken on some fundraising of her own by completing 1,000 lengths in her swimming pool. Despite shielding, she’s been determined to do all she can to help bring in funds for the charity.

“Mikayla never gives up and she never stops helping people – her attitude keeps us all going.” said Brendon.

To help raise money for Team Mikayla and get behind Brendon, visit his Virgin Just Giving page.

If you’re feeling inspired by Brendon and would like to take on the Leicester Marathon or Half-Marathon yourself, click here to sign up or for more information.